The Costs that Drive up the Price of a Frenchie

Pricing for French bulldogs is expensive for a number of reasons. The main reason is the cost of breeding.

The cost to breed a French bulldog is anywhere from $5000.00 – $7,000. Why so much? You have to understand that we’re not dealing with nature taking its simple course. Reproduction doesn’t happen easily for this breed. The females have slim hips, and the puppies have large heads. This isn’t a good combination and makes it close to impossible for them to reproduce normally. Consequently, they must be artificially inseminated and receive c-sections. Both of these medical procedures are costly. 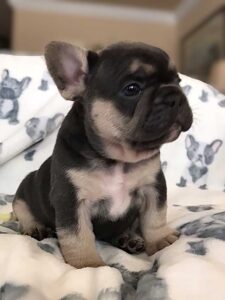 Other Factors that Go into the Pricing for French Bulldogs

Meticulous care and knowledgeable breeders can lessen the chance of developing genetic disorders.

Chronic problems that can result from irresponsible breeding frequently include:

At Michelle’s Frenchies, we pay for testing and take a professional approach with breeding to ensure your puppy does not have preventable genetic defects.

Some French Bulldog Colors Are in Greater Demand than Others

The most rare colors typically cost more, simply due to their scarcity. Despite the fact that the AKC (American Kennel Club) doesn’t recognize the rare colors, they are highly sought-after by dog lovers. Some of the more rare colors include: 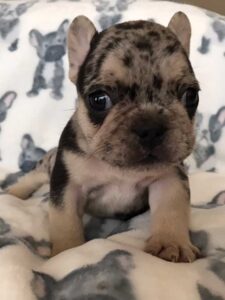 Despite high costs, French bulldogs are a very popular breed. In fact, the AKC ranks them fourth in popularity. In New York City, they’ve taken the number one ranking.

We Love Our Frenchies!

Initially, we procured our dogs from reputable breeders, and since then have strictly followed breeding guidelines. Genetic testing and veterinary care early on are benchmarks that we closely follow. Like most people, we started out as dog owners. We adore this breed of dog, which is how we got into breeding them.

Check in with us from time to time, and find out about our litters and new puppies for sale.